As part of the massive overhaul that my team and I have undertaken this year, we are currently updating my Instagram profile and going all-in on producing educational & inspirational content both here and on YouTube. And one of the seemingly small action steps was to update my Instagram bio. Here’s what I came up with:

Seems simple enough, right? But here’s the thing…as I was writing “American Ninja Warrior” in my profile, all I could think was:

Despite spending the last 4 years and five months (but who’s counting?) completely transforming my lifestyle, my body, and my mind to live and perform like an athlete (at the age of 42 no less – more on that below)…

And despite having been chosen as only 1 of 400 (amongst over 90,000 applicants) to be on American Ninja Warrior – TWICE…

Because when put on the spot with potentially millions of eyes watching me in a huge athletic dome (not to mention the 20+ cameras and hundreds of blinding lights) and being forced to run across a series of wobbly steps and jump from a small, unstable foothold to a rope and swinging over water to a crooked platform, I fell and got wet.

Wet shoes are what make me feel like a total fraud.

And it’s the image I see played over in my mind hundreds of time a day…and the last image I see before I got to bed every night.

No matter how great our accomplishments, we more often focus on the negative. In fact we’re wired that way as a species. It’s pretty hard to mindfully journal about all of the positive things happening in your life when you hear rustling in the bushes that could be a predator ready to have you as lunch. We are literally wired to focus on the negative; it’s a survival mechanism.

Unfortunately when we’re not in fear of becoming another animal’s lunch (which tends to be the case nowadays in our modern age), our habit of constantly focusing on the negative doesn’t serve us well. And when that negativity becomes chronic it can turn into a mindset that’s absolutely detrimental to our careers → Imposter Syndrome.

No doubt at some point in your career you too have experienced imposter syndrome, right my friend?

Imposter syndrome is often a necessary part of the journey towards success, but it’s one that very few talk about because it’s embarrassing to admit your greatest fears and vulnerabilities to the world. It’s common if you often worry that “you’ll be discovered” by your collaborators or co-workers because you have “no idea what you’re doing,” but how realistic are those fears? I’d venture to guess the vast majority are simply voices in your head that don’t even belong to you (and that certainly aren’t serving you).

Most likely it’s not that you’re an imposter…you’re simply in a place called:

The “messy middle” is a world anyone recognizes who has chosen to make a major career or life transition. It’s a necessary stage of the journey from doing one thing in your life to doing another thing. At one point everyone including you lived through the “messy middle” at least once. It was called school, that uncertain time when you feel like you should know stuff but you don’t really know stuff quite yet, but you don’t want anyone else to know that you don’t know stuff…so you pretend that you know stuff.

Why is that once we’ve become adults we feel living in the “messy middle” is no longer acceptable and we have to appear to have it all figured out? FOR THE REST OF OUR LIVES?!

Here’s a pro tip if you’re interested in enjoying your limited time here on Earth:

Accept that you have no idea what you’re doing…and you never will.

Enjoy the struggle of trying and learning new things, that’s what being human is all about! Even masters of their craft admit they have so much more to learn (Don’t believe me? Ask Top Gun: Maverick editor Eddie Hamilton). Most importantly, recognize there’s a difference between being proficient at your job versus being a master. Focus on taking actions that make you more proficient on the way to mastery and you’ll quickly forget how you’ll never be perfect (ask me how I know this).

Despite having been a total failure as an American Ninja Warrior (so far), I cannot even count the immeasurably positive results I’ve seen in my life because I chose to embrace my own imposter syndrome, I’ve accepted that failure will be the norm, and I’ve ventured into the unknown towards a new, upgraded, and (dare I say?) optimized version of myself.

If you find yourself struggling with imposter syndrome or battling the “messy middle” of a major career or life transition,

If you are in the messy middle of making a career transition, nobody is going to believe you are a [fill in the blank] if you don’t first. For example, if you’re currently an assistant editor making the move to the editor’s chair who’s struggling to convince people in your existing network that you can cut, think to yourself if even you believe you’re an editor yet. Trust me on this: If you don’t believe it, nobody else will either.

There’s a popular saying often cited when it comes to imposter syndrome, “Fake it till you make it.” But I call bullshit because this approach requires being inauthentic and hiding your vulnerability which as a result will only amplify your imposter syndrome even further.

Instead try facing it until you make it.

Believe that you are a [fill in the blank] and then ask yourself what actions that person would take on a daily basis and skills they would develop. Then put those things on your calendar and do them. Repeatedly. And get ready to fail along the way.

Once you’ve slowly begun to shift your mindset, the next major hurdle is embracing the deeper limiting beliefs that are stopping you from confidently making this transition. These constant negative voices in your head are not only keeping you from your goal, imposter syndrome is literally making you physically sick and accelerating the aging process.

“I’m getting too old for this ____.” is probably the most common voice I’ve heard in my head the last 4+ years (thanks Danny Glover). Seriously, every time I go to a ninja event I feel like a chaperone at a Freshman homecoming dance. Let’s just say I’ve even been mistaken as one of the athlete’s parents more than once.

But instead of listening to and accepting this voice that I’m too old and I should just give up, I’ve turned this voice into actions on my calendar.

If I am legitimately too old for this sport, what does that mean if I were to believe it?

Okay great. Now how do I overcome each of these one small step at a time?

I choose something I can do comfortably…then I do the most uncomfortable (but doable) version of that thing.

Once it becomes comfortable, I make it uncomfortable again.

And what does this lead to? Progress.

3. Make a habit of talking to yourself in the third person (just not out loud, please)

If you really want to eradicate the voices in your head that keep telling you it can’t be done, start talking to yourself in the third person. Oh man the voices hate that! In fact plenty of scientific study proves that you can drastically reduce imposter syndrome and anxiety by removing yourself from the voices.

Instead of “I can’t,” try using instead “You’ve got this.”

I dive into this extensively in my podcast interview with bestselling author and award-winning professor Ethan Kross.

4. Surround yourself with mentors (who become the new voices in your head)

At some point you need to not only take action to mitigate the negative voices in your head that lead to imposter syndrome, you need to replace the voices altogether. That’s where having a coach & mentor comes into play. Having surrounded myself with some of the best trainers and ninja athletes in the sport for the last four years, I now how a whole new collection of voices in my head. And they’re not mine.

Every time I struggle with mobility & stretching exercises and say to myself, “Oh my God this is AWFUL,” I hear my trainer Jessie Graff’s voice instead saying, “No this is AWESOME because it’s leading to growth and progress.”

Every time I struggle to learn a new ninja skill, climb a rope, swing from bars, or climb a warped wall, it’s no longer my voice telling me “I’m too old for this,” it’s Tony Horton saying in my head “You’re a monster. Now go DESTROY this obstacle and show it what you’re made of.”

Surround yourself with people successfully doing now what you want to be doing next, and your life will literally be completely different five years from now.

5. Get results. Then get more results.

If you’re already practicing all of the above, the last step to overcoming imposter syndrome is chipping away at it one swing at a time by getting results.

Imagine if I had emailed you out of the blue eight years ago saying the following:

“I’ve retired from editing television to now become a career coach. I believe I’m a career coach, so please pay me a lot of money so I can coach you to success!”

You would’ve laughed in my face. My credibility would be completely destroyed. You would’ve exposed me for who I really was: A fraud.

Instead I spent years behind the scenes slowly and methodically getting better at my craft, building online resources, writing articles, interviewing experts, and designing online courses. Then I shared those resources with a select few.

And then I got them real results.

And then I got more people real results.

Now nobody questions my credentials (or lack thereof) as a coach because my work gets real people real results in the real world.

Be willing to spend time behind-the-scenes getting better at your specific craft so that when the day comes you’re put in the spotlight, you’re ready and prepared to get results.

Tomorrow I’m releasing a brand new podcast interview that goes DEEP into the psychology of navigating the “messy middle” when making a major career transition. 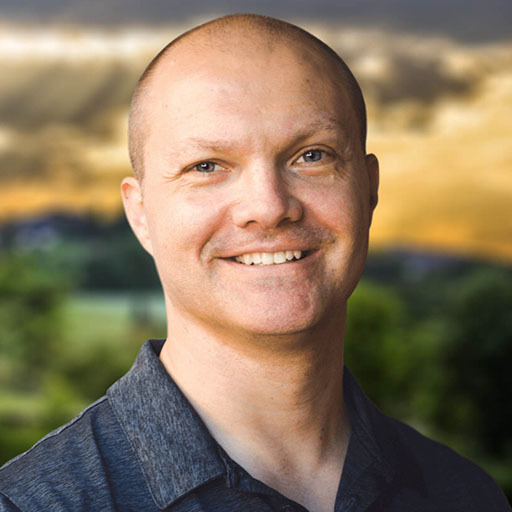 P.S. In the meantime I’ve left you a few additional resources below to help you better manage (and overcome) imposter syndrome.

→ Managing Limiting Beliefs, Imposter Syndrome, and all the “Chatter” In Our Heads | with Ethan Kross