Recently I was approached by a major studio to do a simple editorial fix for a big project. I’ve definitely done my share of editorial “cleanup” jobs before (think “Mr White” in Reservoir Dogs…without all the blood). But here’s where this cleanup job gets really interesting…

Without getting into the weeds (and for confidentiality reasons I can’t share the studio or the show), this editorial job literally came down to fixing a single shot.

Why couldn’t they just hire any available editor or assistant to fix one shot?!

Because in this case, this seemingly simple problem required a very complex solution.

If I were to calculate how much money I was paid for that single edit and extrapolate it across the tens-of-thousands of edits I make during any given project, we’d probably be talking Bezos-level rich. Of course the industry doesn’t work this way, but this really made me think….

Are we as creatives being paid for our time? Or for our expertise?

I would argue the vast majority of creatives are still not paid for the value we bring as much as we’re paid to be extensions of our workstations for any given number of hours, days, or weeks. In most cases, any warm body with the basics skills will do, right?

Which brings me to the story of Charles Steinmetz.

If you’re not familiar with Charles Steinmetz, this is a story I want tattooed inside your brain ready for instant recall the next time you negotiate your rate (and your boundaries). 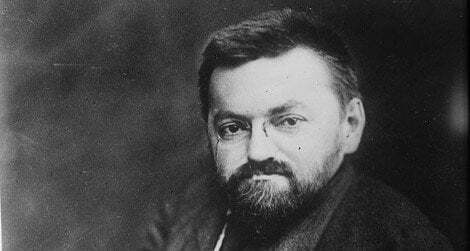 Charles Steinmetz was an engineer and mathematician from the early 1900’s who was considered a giant amongst scientific thinkers (which is ironic given he was only four feet tall), scientists that included Albert Einstein, Thomas Edison, and Nikola Tesla. In short, Steinmetz was the shit in the engineering world.

As the story goes, Steinmetz was asked by Henry Ford himself to visit a Ford factory in which production was all but halted because of a problem with a giant generator. Upon his arrival Steinmentz requested nothing but a notebook, a pencil, and a cot. Furthermore he rejected all support from workers or engineers at the plant.

The short version of the story is Steinmetz spent two full days and nights observing the problematic generator. On the second night Steinmetz asked for a ladder, climbed up the side of the generator, and made a single chalk mark on the side. Then he told Ford’s skeptical engineers to remove a plate at the mark and replace sixteen windings from the field coil. They did, and the generator performed to perfection.

Ford was thrilled until he got an invoice from General Electric in the amount of $10,000. Ford acknowledged Steinmetz’s success but balked at the figure given how little time Steinmetz had put into the job. He asked for an itemized bill.

You’d think in the Digital Age of the 21st century we’d be beyond the antiquated conventions of the early 20th century Industrial Age, yet we still think with this “dollars for hours” mentality every single day with every single project and every single service we provide.

Sure we might not literally punch time clocks anymore…but we still fill out time cards, use time tracking apps like Toggl, and assign a dollar value to the time we work.

But isn’t it time we instead started charging for the value we bring to projects?

I may have been paid an entire’s week’s salary to fix a single shot, but it took me over 20 years to acquire both the knowledge AND the wisdom to know how to fix that single shot in the most effective manner possible (because it also affected multiple vendors down the line as well). What they paid me paled in comparison to what it could’ve cost to have “any available editor” do the same fix incorrectly.

After all, as the saying goes:

So now I ask you, friend…

Are you being paid only for the hours you work?

Or conversely are you being compensated for the value you provide?

Because I know I’d have a giant Case of the Mondays if I thought my talents were being taken advantage of and I wasn’t being respected for the expertise I bring to a project.

I look forward to hearing your response, friend.