Creative Burnout Doesn't Have to Be Inevitable

If you're anything like me, you've probably thought to yourself, "It just doesn't have to be this hard."

You spend long hours sitting in front of a computer barely moving, and at the end of the day you feel like you've been hit by a truck. You most likely fuel your creativity and focus with caffeine,energy drinks, and late-night fast food runs. And getting enough sleep every night or spending quality time with your family? Yeah...right.

I don't believe the concept of "work-life balance" has to be a myth, even if you work a demanding career as a creative professional.

Here's the good news: It is no longer necessary to sacrifice yourself for the sake of your creative work and your career.

People have told me I should charge for this guide. But I'd rather give it to you 100% FREE because I would've given anything to have this information available to me when I was just beginning my journey out of the dark hole towards better health. 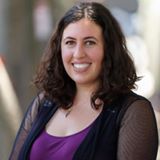 "My #1 takeaway from this guide is...the whole idea of it. This industry is tough on the body and the mind but it doesn't have to be that way. I'm only 20 pages in so far but this guide is super relatable and helpful."

"Like editors, as a colorist I must stay in the dark for the majority of my workday. The Human Charger device you mention in this guide will likely change my life. What a great find, thank you!" 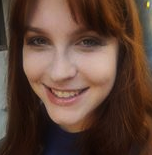 "This Ultimate Guide validates all the feelings I've been struggling with regarding the expected workdays in the film & tv industry. I learned I'm not the only one struggling with being too sedentary and eating too much junk. I am now motivated to make some changes that provide a little more normalcy and calmness!"

What's In This FREE Guide?

This 50-page Ultimate Guide is the culmination of 15 years and over $75,000 worth of research and experimentation on myself, as well as working with over a thousand people around the world in various creative industries. This isn't the PDF version of a blog post or a simple list you can skim in five minutes...this is a manifesto on skyrocketing your creativity, no matter how many hours you're stuck behind a computer.

My name is Zack Arnold. I’m an award-winning film & television editor (Burn Notice, Empire, Shooter, Glee), member of the American Cinema Editors, a documentary director (GO FAR: The Christopher Rush Story), father of two, and the creator of the Optimize Yourself program.

I help ambitious creative professionals like you who live sedentary lifestyles learn how to more efficiently manage your time, energy, and attention so you can maximize your creative focus and minimize procrastination, depression, and burnout.

When I first began my career as a film editor I believed I was a machine that could work 24/7 and nothing could stop me. Then at the early age of 25 I hit my first giant brick wall of burnout and suicidal depression. It was at that point I decided I would either end my life or figure out a better way to live it. From that day forward I decided I would begin a quest to learn everything possible about blending high performance with creative work in front of a computer. That journey has led me here.

Ready to Get Started?

I created this guide for you 100% FREE because I would've given anything to have this information available to me when I was just beginning my journey out of the dark hole towards better health.