For years I’ve written about harnessing the power of time management to take your creativity and career to a whole new level (as long as you don’t sacrifice your well-being in the process). And last week I even went so far as to proclaim time management is the #1 metaskill to master if you intend to survive our 24/7 deliver-at-all-costs work culture that worships productivity above life itself. When I asked:

If you mastered the metaskill of time management, what could you do with your time that you can’t do now?

I got mixed results.

On the one hand some were very encouraged about the possibilities:

Just reading the words “TIME MANAGEMENT” in your e-blast today has been inspiring!

But on the other hand, it just made others feel even more discouraged:

I would make friends, read more cool books, bike around the forest, go diving and keep discovering the underwater world. Even having my own family possibly. But I also get sad how I over and over find myself being that person who always is at work.

If you feel like you are the person who is “always at work” too, friend, you’re not alone.

Even when you realize better managing your time can help free up hours per week to focus on your most important priorities outside of work (yes Virginia, there is a life outside of work), it can be terrifying to become that person who shows up at the office last and leaves first…even though you’re getting the same amount of amazing work done in less time.

If you value your time and your work-life balance but you also don’t want to look like “the lazy one,” what’s the solution?

I’ve pondered this question endlessly for over a decade now, and the solution came to me on a recent roadtrip in the deep South upon spotting a broken down Tesla.

I was on hour eight of a family roadtrip in the hills of North Carolina where I was visiting for a family wedding. Here’s a quick snapshot I took from the road: 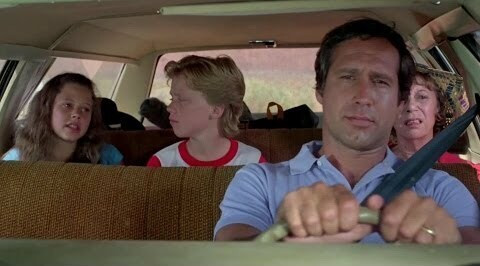 Having spent hours listening to my kids bicker while I managed detours, dead stops on the interstate, and flash thunderstorms, I was completely zoned out when a broken down white Tesla Model S on the side of the road got my attention.

In Los Angeles Teslas are now like Hondas or Toyotas…they are everywhere. But in the deep south this Tesla stood out like a sore thumb. And most likely given my state of highway hypnosis it got me thinking about what everyone in their 18-wheelers and pick-up trucks (fitted with monster tires) was probably thinking:

“See, I told ya them stupid electric cars don’t work.”

As my state of highway hypnosis deepened (anything to drown out the fighting at this point), I then flashed back to my first day editing season 1 of Empire where I literally had to carry in my own height-adjustable desk because the studio was unwilling to provide me with one. It sounds ridiculous nowadays, but not so long ago you couldn’t request even a standing workstation much less one that was height-adjustable…you got what you got.

But I refused to accept that.

So I was willing to be the outlier carrying in his own desk (and his own desk treadmill), because I knew that staying active throughout my day was the only possible path to not sleeping in my office to meet insane deadlines.

And the cool part of this story is that by season 2, several other team members also had treadmills in their office, and we were doing daily plank challenges in the hallway!

I then imagined what it must have looked like in the early 1900’s riding down the road on your horse when the occasional Model-T would come rumbling by. Those outliers were no doubt singled out as “the fools who are fiddling with a buggy that will run without being hitched to a horse.”

Henry Ford is famous for saying:

“If I’d asked people what they wanted, I would’ve given them faster horses.”

Rather than training faster horses or revolutionizing the buggy whip, Ford decided to lead by example and be the outlier on the road (imagine the internet trolling he would’ve experienced today!) having the confidence his ideas would eventually catch on. The first time I rode in a Tesla was shortly after the Model S was first released, and I remember thinking 10 years ago how Tesla was going to change the world. And regardless what you think of Elon Musk personally, you can’t deny he’s fundamentally changing the future of our society despite being the outlier.

Then my Eureka! moment finally came.

For years I’ve thought of myself as the outlier driving down the road sticking out like a sore thumb, hoping to lead by example and set a new standard for how we live and work such that we can love our jobs while they also love us in return.

My Eureka! moment was realizing that I’m not the outlier in this story…you are the outlier friend.

The only way way this movement catches on and has a lasting impact is if YOU are willing to be the outlier that develops the strategies to work smarter, even at the cost of looking like you’re putting in less effort or not toeing the line.

At first being the outlier is scary, trust me. I got a lot of hate online during the last two IATSE contract negotiations from those clutching their endless overtime and their golden hours in their cold, (almost) dead hands. But once you understand how a movement really works, it’s inspiring to see how quickly things can change.

Which brings me to the Sasquatch Music Festival and how it demonstrates our path to a better life in less than 3 minutes. (this is FASCINATING)

In this video you’ll watch the following happen within mere minutes like it’s magic:

This is our path to living a more sustainable life whereby we have the opportunity to practice the creative craft that we love so much…without our jobs stealing our souls in the process.

It requires all of us to be the outliers in our own little worlds.

And every Zoom call.

If each of us is willing to be the outlier and inspire just one follower to live a more sustainable life, then more will follow.

And we’ll know we’ve succeeded when it’s those who proudly wear their sleep deprivation badges of honor who become the outliers.

If you’ve ever asked, “How can I make a difference?” this is how.

So now it all comes down to this, friend:

What is one simple action you can take at work this week to lead by example and inspire your first follower to prioritize their well-being ahead of the job?

I read every message I receive and look forward to your response!