Author’s Note: The following is just one in a series of my impassions letters to the entertainment industry titled “Dear Hollywood” that I’ve written over the last several years that examines and questions how we fundamentally live and work in this business.

Two weeks ago I released the article Dear Hollywood: We Create Entertainment For a Living…We’re Not Curing Cancer, and it was shared over 3000 times in the first 48 hours. Clearly the idea of inhaling a deep breath of perspective resonated with thousands of people working not just in Hollywood but worldwide who are sick and tired of sacrificing their health, time with family, and their sanity simply for the sake of creating entertainment.

Placing the blame on ourselves and accepting that we have all collectively encouraged a work culture that allows us to be treated like doormats was an idea I didn’t expect to be embraced with open arms (I was prepared for A LOT of trolling). But on the contrary I received unanimous praise for this viewpoint. Furthermore, I was so proud of how many people were willing to take a small level of responsibility themselves for helping to dig the hole we’re all stuck in now.

But that article only addressed a surface-level problem: Those of us working in the filmmaking industry are willing to put up with ridiculous (and deadly)  working conditions that few other industries would deem acceptable.

Therefore, the much deeper question becomes: Why?

Why are we willing to silently work through lunch breaks?

Why are we slowly killing ourselves one day at a time?

Why do we feel terrified to ask for overtime, even if it’s in our contract and we’ve put in the extra hours?

Why do we feel embarrassed to take a fifteen minute walk in the afternoon to solve creative challenges?

Why do we work 100 hours in a single week simply because “The overtime is good” despite it destroying our health and our relationships?

Why are we okay watching our kids grow up via Facetime?

After reading hundreds of messages, Facebook comments, and emails from “creatives” working in the entertainment industry worldwide, I believe the root of this problem is the following cultural mindset:

We Should Just Suck It Up. We’re “Lucky” To Be Here.

Oh my God…working in Hollywood is so glamorous! Many of our friends and families who are “business professionals” often envy us for doing something so “cool” that’s seen by millions of people around the world.

When somebody asks what you do and you say, “I worked on the latest Mission: Impossible movie,” they reply with, “Holy crap, that movie was so good. You got to work on that!!!”

When your former college roommate (and classmate in film school) who is now working in pharmaceutical sales excitedly asks, “Have you seen any celebrities?” and you reply with: “Yeah. I often have lunch at the table next to [insert giant mega-celebrity here] and the other day [insert mega-director here] was in my edit suite giving me notes,” their jaw drops. They can’t imagine doing something so fun with such “important” people!

No matter the craft, guild, or area of expertise, if you have a successful career in Hollywood or anywhere else around the world in the entertainment industry… Calculate the True Cost of Developing Your Expertise

I’ll admit there have been more than a few jobs where I’ve caught myself asking the question, “Are they really paying me to do this? This is so cool, I’d do this for free!”

There’s no question a certain amount of cachet accompanies working in the entertainment industry. If you spent your entire childhood living and breathing comic books, for example,  having the opportunity to work on a Marvel project is undoubtedly a dream come true!

Unlike many people who “settled” in life and became pharmaceutical reps, insurance salesman, or corporate accountants, we have the pleasure of watching television or making movies all day long.

And therein lies the trap.

The Hollywood machine preys on creative professionals who will do whatever it takes to deliver top quality work, no matter how unreasonable the deadline. And Hollywood gets away with it knowing we simply can’t imagine doing anything else with our lives, we won’t “settle,” and we worked our asses off to get where we are.

And most importantly, we know they’ll replace us in a second if we speak up.

So we don’t speak up.

And our quality of life (not to mention our self-respect) gets flushed down the toilet.

Can you name any other industry willing to devalue their skills as much as “creatives” do?

Before opening Pandora’s Box and accepting the punishment, abuse, and often downright bullying that is “just part of the business,” take a moment to calculate the true cost of the expertise you bring to your profession.

How much did your college education cost you?

Most likely you started your career on day 1 with six figures in debt sleeping on someone’s couch and subsisting off Ramen noodles.

How many years of spec work, low paying jobs, bartending gigs on the side, and months of unemployment did you endure so you can now “live the dream?”

If you don’t believe taking low-paying (or free) work is part of the path to success, Just ask editor Alan Bell how likely that is to happen.

How much time did you put in perfecting your craft as an assistant before getting that long overdue promotion?

In general it takes people at least a decade to become an “overnight success story.” Just ask Eddie Hamilton (editor of Mission: Impossible Fallout) or Kelley Dixon (editor of Breaking Bad and Better Call Saul) how many years it took for them to “get lucky.”

The next time you feel like conceding to the demands of your profession and accepting them as reality because “You knew what you signed up for,” think long and hard about what you’ve had to endure to secure your spot. If you value the years of effort, financial hardships, and sacrifices you’ve made to develop the level of expertise you bring to your job…shouldn’t others value it equally? Calculate the True Value of Your Expertise to Others Despite what the entertainment industry wants you to believe, YOU ARE NOT JUST ANOTHER SET OF HANDS.

You are not a keyboard monkey.

You are not an extension of your workstation.

While this analogy may vary from craft to craft, bear with me as I compare the craft of editing (my specific skillset) to building a multi-million-dollar home. Step 1: An architect designs the blueprints.

Nobody would argue that an architect has tremendous value given their education and expertise. And the analogous position in filmmaking to the architect is most likely the writer, a (generally) highly valued and sought after position in the entertainment industry. And rightly so.

Step 2: A foreman assembles a crew of skilled craftsmen to build the home.

You can make the case that either the main producer or the director is the ‘foreman’ who assembles the crew and directs them all towards the common goal of building a gorgeous home exactly to the specifications laid out in the blueprints. And the client is of course the movie studio or television network. The carpenters and laborers in this case are the editors, visual fx artists, animators, cinematographers, gaffers, makeup artists, production designers, script supervisors…and literally the set carpenters. We are all the hands that build the house. We all have one common goal. Inevitably while building any complex structure, whether it’s a house, a tv series, or a film, things are going to go wrong. Plans will change. Tastes of the designers and clients will go against the original blueprints. Or the house might just fall apart all together.

“Originally I wanted the kitchen here, but let’s put it on the other side of the house instead. Can we do that?”

“This upstairs bathroom would really go better in the entryway instead, wouldn’t it?”

“Oh yeah, this piano I asked you to put in the 3rd floor…can we put it on the 1st floor now?”

“Oh my God. The foundation is collapsing. Do something!!!!”

Step 5: The architect and foreman re-design the plans to overcome design challenges and/or meet the updated needs of the client.

And sadly this is where the house-building analogy takes a wrong turn. When design changes are required on a home, the responsibility falls on the architect or more likely the foreman (both of whom are being paid handsomely for their roles on the project).

But when the sh*t hits the fan in the entertainment industry, it rolls downhill. And guess who’s laying at the bottom to receive all the shit rolling to the bottom? As editors, visual fx artists, and the many other crafts in post, it’s our job to make complex design changes and overcome many of the creative challenges that come up during the filmmaking process.

We are expected to solve problems with the level of expertise that an architect or foreman have.

Yet we are treated (and often paid) like laborers, like a set of hands simply there to button-mash our keyboards at the behest of the “true creatives.”

That is until the moment when we put Humpty Dumpty back together again (on deadline, I might add) and are regaled with such high praise as, “You saved the picture!” or “You’re a magician!”

Starting to feel like your position has value now?

Now do something about it.

This Isn’t a Union Issue…It’s a Human One

I honestly don’t care whether you do union or non-union work. These cultural issues affect all of us in the entertainment industry. And here’s the really bad news…a new contract isn’t going to change any of this without YOU.

Should those of us working in post-production be afforded the same amount of turnaround hours as other guilds in Hollywood? Of course!

Yes we should negotiate new turnaround times equal to other guilds and demand a minimum amount of “standard” hours per day…but it won’t solve all of our problems.

Because none of these issues matter if we don’t enforce them on an individual level.

I can count the number of editors in all of unionized Hollywood on one hand who enforce “meal penalties” on a regular basis. Most editors aren’t even aware that it’s a union no-no to skip lunch and eat it at your desk.

You can’t wait around thinking your union rep is going to make sure someone enforces your meal breaks and pays you OT.

The responsibility is yours.

The next time you find yourself thinking, “It’s no big deal, I love this job,” just remember:

We’re not lucky to be working in Hollywood. Hollywood is lucky to have US. 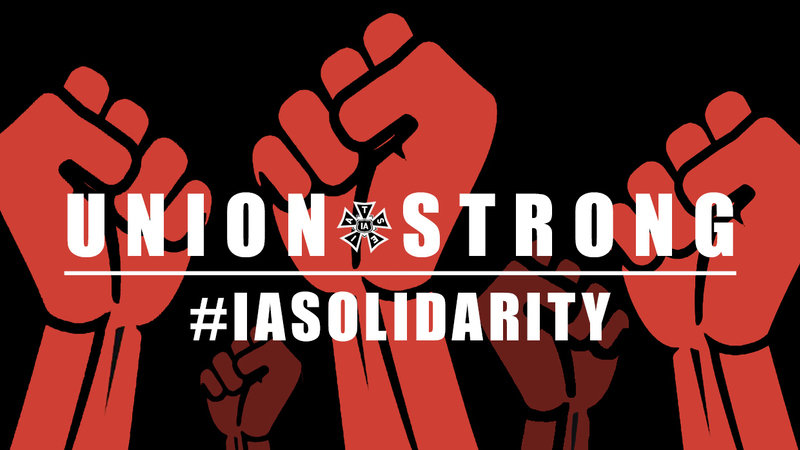