Have you ever wanted to pursue a passion your whole life that’s well outside your comfort zone…but felt like you missed your opportunity and now you’re “too old?” Maybe you always dreamed of running a marathon, or maybe you wanted to earn your black belt in martial arts, but somehow life always seemed to get in the way. If this sounds familiar, today’s guest Ginny MacColl has some sage advice to share with you:

“It’s never too late to get stronger.”

Ginny is an actress (Poms, Stars Fell On Alabama, Outcast), a former Broadway dancer, and at age 68 has added competing on American Ninja Warrior to her long list of accomplishments. She is also the mother of two, her daughter being Jessie Graff who is the record-breaking female athlete and stunt woman also on American Ninja Warrior who has served as her inspiration. 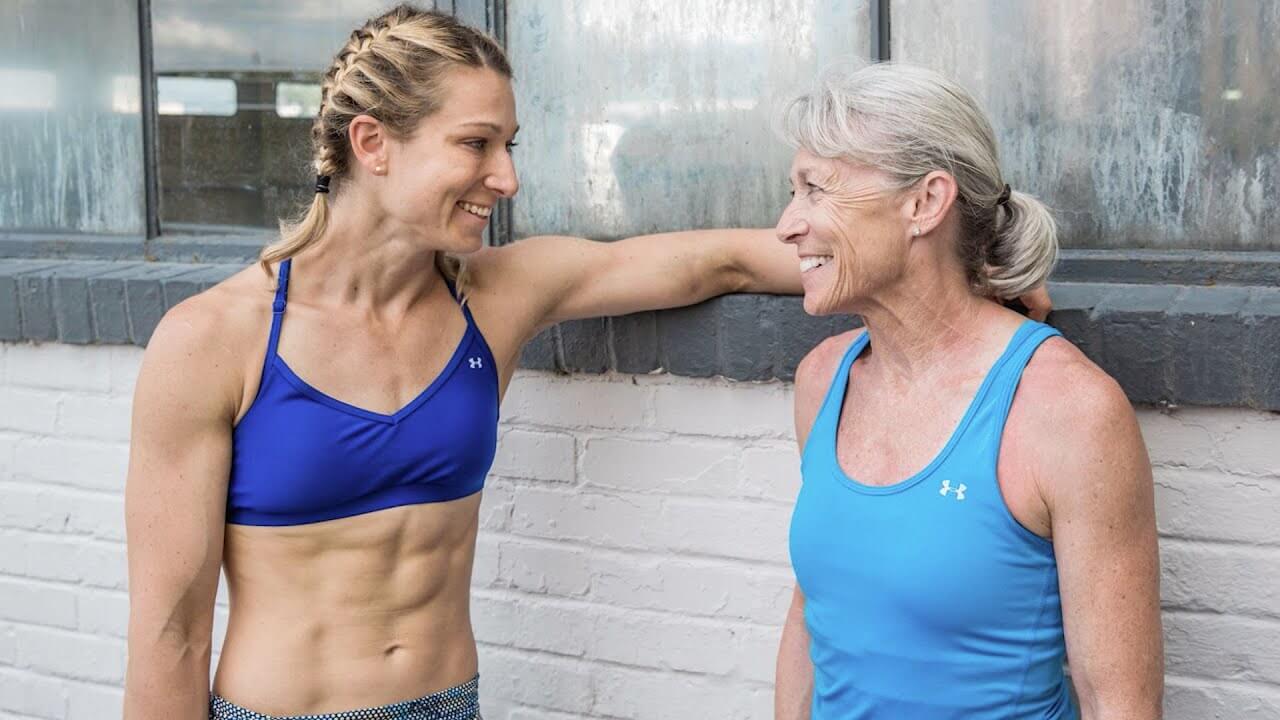 In this interview, you will hear how Ginny went from being at the top of her acting career during the ’80s, working on Broadway and acting in national commercials (all while being a mom) to getting divorced, aging out of the good roles, and having to leave New York City to start all over again as a single mom.

Ginny is a MASTER at understanding how to summon the right mindset to overcome any adversity, both on the ninja course and in real life. And in today’s world, knowing how to find opportunity amidst endless challenges is as important as ever. She is also an absolute machine when it comes to being consistent, and she demonstrates that determination and perseverance will take you a lot further than natural ability or talent. If you’re feeling stuck, uninspired, or that you are just frankly “too old” to get back in shape, Ginny will help you break out of the molds you’ve trapped yourself in and encourage you to push beyond what you ever believed was possible.

And by the way, the second you’re done listening to this interview, I highly encourage you to jump right into Part 2 where I interview her daughter and American Ninja Warrior legend Jessie Graff. Ginny MacColl is an actress, dancer and athlete known for POMS (2019), Stars Fell On Alabama (2020); Outcast (2016) and American Ninja Warrior (2017-2018). Raised in Knoxville, Tennessee, Ginny began her dancing and acting career in NYC appearing in Off-Broadway and Broadway (  1973-76) as well as over 100 national and regional commercials (1976-1991). After a 20 year hiatus from acting to work in radio and raise her children: Jessie and Darren Graff, with husband, Dick Ishler, Ginny rekindled her acting career recently in Southport NC. There she began strength training inspired by her daughter, Jessie Graff, stunt actress, and record breaking female from American Ninja Warrior. With her slogan, Strength is Ageless, Ginny continues to inspire Seniors to get stronger! Ginny is the proud grandmother to Marley Graff (5) and 3 stepchildren, Talon (11), Kyle (21) and Courtney (16).